We are proud to present several interesting keynotes at this year's EuroPython:

Getting Your Data Joie De Vivre Back! 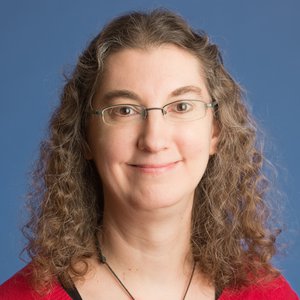 Most of us work too much and play too little.  When was the last time you smiled at something you made?  Playing with fun datasets, especially big data sets, opens up weird new forms of technical recreation.  Why not train an amusing model in a browser tab while you're waiting for that day-job Spark query to finish?  I'll show you some data toys I've built using AI and interesting data sets: Most of them involve both backend data science and front-end visualization tricks.  They range from poetry-composition helpers to game log analysis to image deconstruction and reconstruction. All of them taught me something, often about myself and what I like artistically, and sometimes about what "big data" actually means.

Lynn Cherny has had a distinguished career working in user research, data mining, and UX design at companies ranging from early internet startups like Excite.com to Adobe and Autodesk and Solidworks. Lynn was awarded a Knight Fellowship to the University of Miami in 2015, where she taught interactive data analysis and visualization courses. She also developed and taught introductory data science and NLP courses at EM-Lyon, a French business school, for 3 years. Lynn has written 2 books about early Internet communities and holds a Ph.D. from Stanford in Linguistics and an M.Phil. from Cambridge University in Computational Linguistics.  She is regularly invited to speak at technical conferences on topics related to AI, Python, and data visualization.  Lynn currently consults on AI and data science from Lyon, France; she is active on twitter as @arnicas. 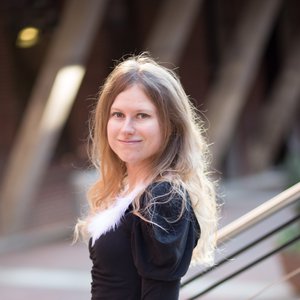 Over the past couple of years, there has been increasing interest in applying the latest advances in machine learning to creative projects in art and design. From DeepDream and style transfer to a GAN-generated painting selling for $430,000 at auction, AI art has moved beyond the world of research and academia and become a trend in its own right. Meanwhile, the contemporary art world's fascination with the social impact of facial recognition, recommendation systems and deep fakes has encouraged artists to explore AI critically as subject matter. This talk will give an overview of how artists and technologists are using and thinking about machine learning, its creative potential and societal impact.

Luba Elliott is a curator, artist and researcher specialising in artificial intelligence in the creative industries.  She is currently working to educate and engage the broader public about the latest developments in creative AI through monthly meetups, talks and tech demonstrations. This year, she is curating Impakt Festival in October, themed on post-truth and AI. As curator, she organised workshops and exhibitions on art and AI for The Photographers’ Gallery, the Leverhulme Centre for the Future of Intelligence and Google. Prior to that, she worked in start-ups, including the art collector database Larry’s List. She obtained her undergraduate degree in Modern Languages at the University of Cambridge and has a certificate in Design Thinking from the Hasso-Plattner-Institute D-school in Potsdam.

Why You Should Pursue Public Speaking and How to Get There

Fear of public speaking is the most common of all phobias. Want to speak confidently in front of the crowd? This talk shares tips on how to overcome the fear, and ways to get started. You will be prepared to brace presenting from a team meeting to a conference.

Originally from Hong Kong, Yenny is a full-stack software engineer at Yelp in Hamburg, Germany. Yenny has recently started her public speaking journey, so she still remembers how it was like to have stage fright. Since then, she has had the experience delivering keynotes and speaking at conferences like Europython, European Women in Tech, and PyCon.DE. She was also a guest speaker of the “Technical Lessons Learned on Pythonic Refactoring” episode of the Talk Python podcast, which has about 50,000 downloads.

Are women underrepresented in the High Performance Computing (HPC) community? 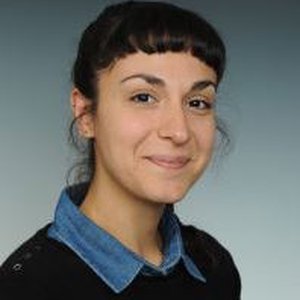 This study is the first attempt to understand the current gender demographics of the HPC community, and identify potential reasons and ways to tackle the gender imbalance. By listening to the people who constitute the community, the study offers a guideline on what the HPC community should focus on in order to become more attractive, accessible and useful to everyone.

Athina Frantzana has just completed her PhD studies at the University of Edinburgh, UK. Her research focused on gender diversity in the High Performance Computing (HPC) community: the reasons for the gender imbalance, the problems this causes to the community, the benefits of increasing diversity, and the effectiveness of a range of approaches designed to improve gender diversity. She is also a co-founder of the Women in HPC (WHPC) Network and an active member of various organisations and initiatives which promote and support women in STEM. She works tirelessly towards achieving gender equality in STEM through her projects and by organising and participating in conferences, providing mentoring, taking part in outreach activities, writing articles and Wikipedia pages.

Python Performance: Past, Present and Future 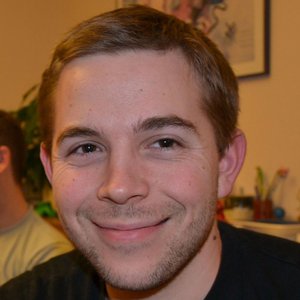 Many past optimization projects are now abandoned or stale for different reasons: Unladen Swallow, Pyston, Pyjion, Gilectomy, etc. Victor also experimented register-based bytecode and FAT Python which he failed to finish. We will see what these projects have achieved, but also try to understand why they didn't complete. One common issue is the backward compatibility, especially the compatibility with C extensions.

Python now has a performance benchmark suite to track performance over time. There are mature solutions to optimize performance bottlenecks and works around the GIL limitation. PyPy is a drop-in replacement for CPython: it is way faster, fully compatible, and is now more efficient to handle C extensions (PyPy cpyext). Cython is a good compromise between speed and development time: it uses a syntax close to Python but emit faster machine code. multiprocessing makes easy to scale an application on multiple CPUs, and it supports shared memory since Python 3.8. asyncio is another approach to maximize CPU utilization using concurrency for I/O (ex: network and database connections).

The pickle has also been optimized in Python 3.8 (version 5) to reduce or even avoid memory copies. For scientific computation like numpy, numba and pythran can emit efficient code using SIMD instructions and GPGPU. There are also multiple on-going experimental projects. For example, the PEP 554 proposes to have multiple interpreter instances, called "sub-interpreters", per process, and run them in parallel: no single process-wide lock, but one lock per interpreter. The C API used by C extensions is also being reworked to hide implementation details and provide better forward compatibility. In the long term, it may unlock many new optimizations in CPython, and it may even allow to use the same C extension binary for CPython and PyPy.

Victor Stinner is a Python core developer for 9 years. He is paid by Red Hat to maintain Python upstream (python.org) and downstream (RHEL, Fedora). Author of pyperf, faulthandler and tracemalloc modules, he is working on Python performance (https://speed.python.org/), security (http://python-security.readthedocs.io/ website) and stability (member of the Night's Watch, maintain Python CIs: Travis CI, AppVeyor, and the large fleet of buildbot workers). He is also mentoring Python contributors.